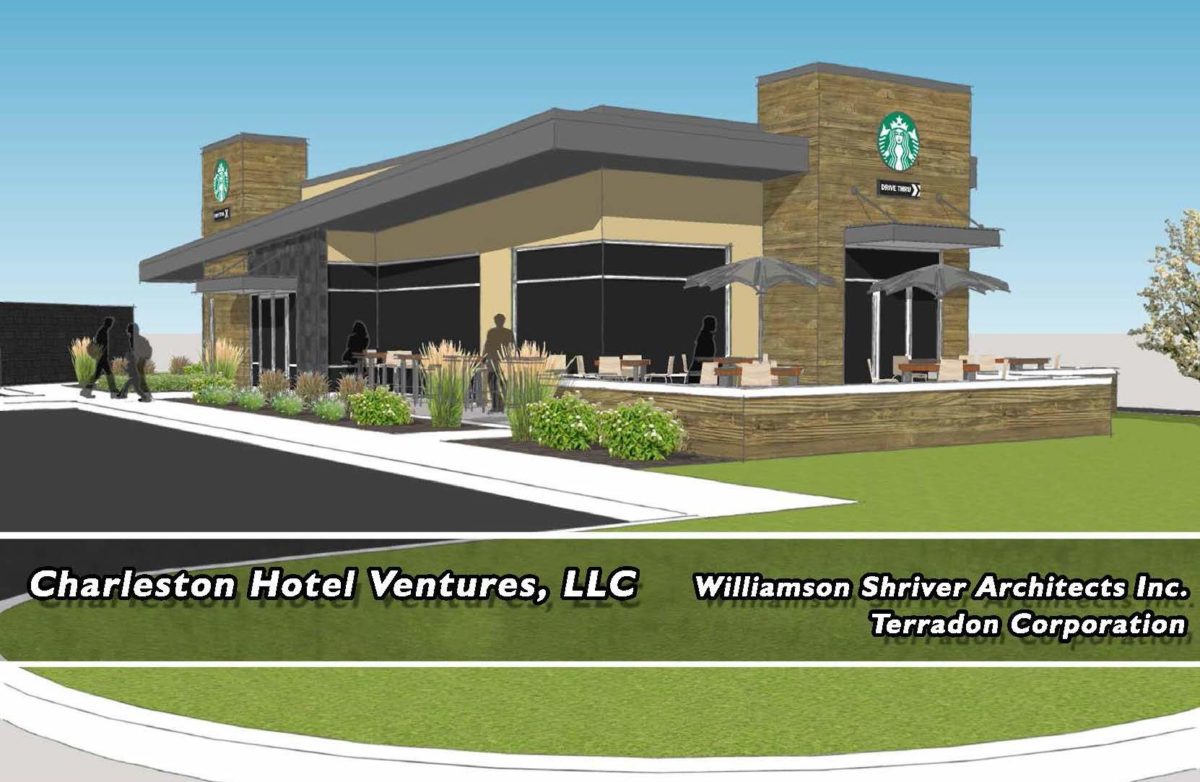 One of the nation’s most popular coffeehouse chains is planning to open a second location in Charleston.

Developer Charlie Wendell said he’s signed a lease with Starbucks to build a freestanding cafe — complete with outdoor seating and a drive-thru — on Kanawha Boulevard, just three blocks from the Civic Center.

The coffee shop will be built next to the Courtyard by Marriott hotel, which Wendell completed in 2014.

He already owns the land in question, which is nestled between the hotel’s parking lot and Shoney’s.

Wendell said he’ll complete the necessary underground utility work and build the “shell,” while Starbucks will be responsible for completing its interior.

He had originally planned to build extra hotel parking on the site, but decided against it during the build out.

“We determined we didn’t need the extra parking for the hotel, so we decided to hold the site for future development,” Wendell said.

Eventually, he was approached by Starbucks. Over the last several months, the two parties have been negotiating a lease deal.

“I believe at the end of the day, this makes a very positive overall setting for that area,” he said.

While there’s already a Starbucks on the first floor in the Charleston Town Center mall, it doesn’t offer free parking or a drive-thru.

Rendering courtesy of Williamson Shriver Architects Inc. A rendering of the proposed Starbucks, the first freestanding coffee house for the chain in Charleston, is shown.