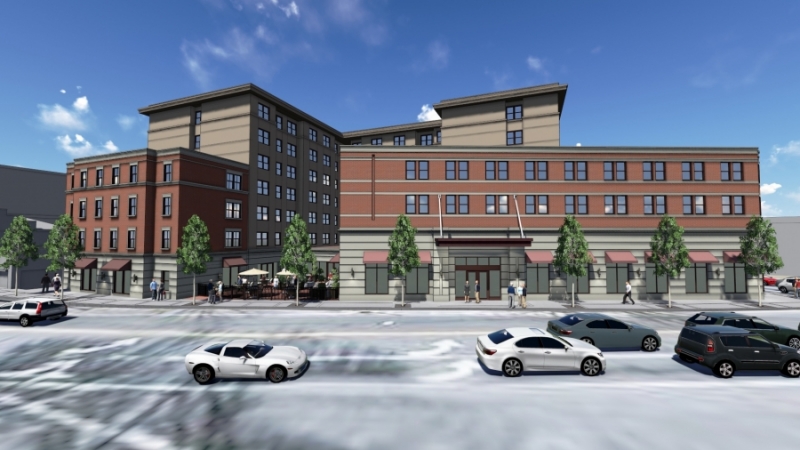 Hotel City: When Will Charlottesville Get ‘Roomier’?

On a crisp, bright day in March 2008, a suave-looking guy with long hair and a tailored light-grey suit (no tie) told us at a ground-breaking ceremony that a stylish, luxury “boutique” hotel, complete with a roof-top bar and stunning views of of the southeast mountains, would tower over Central Place on the Downtown Mall. What we got, of course, was an ugly tower of grey concrete rising out of the demolished shell of a bank building, an eyesore on our cityscape since 2009 that has the permanence of a metamorphic rock formation. In June 2012, another suave-looking guy with short hair and a tailored blue suit (no tie) again told us that the abandoned tower would indeed become a luxury hotel, as soon as he finished a similar hotel in Charleston, South Carolina. Around the same time we were also told by a West Virginia developer that a seven-story Marriott extended-stay Residence Inn would be rising up at the corner of West Main Street and Ridge/McIntire in the spaces occupied by Random Row Books and City Clay. The new Marriott appears to be on track, as City Clay, Random Row Books, and the other businesses on the property have left the premises, but you’ll have to excuse us if we remain a bit skeptical.